Without expression; silencing the role of the menstrual cycle in ill health- Part 1.

This week and next, we focus on the part that language plays in the perpetuation of the menstruation taboo, gender inequality, and the clinical ‘silence’ around the role of the menstrual cycle, or hormonal medications, in ill health.

A lack of anatomical knowledge is definitely part of the problem. A 2014 Eve Appeal survey found that younger women, especially, struggle to correctly identify the five areas that can be affected by gynaecological cancer (womb, cervix, ovaries, vagina and vulva). For example, just half of UK women aged 26-35 were able to accurately label the vagina on a simple diagram (you can test your own anatomical knowledge here). 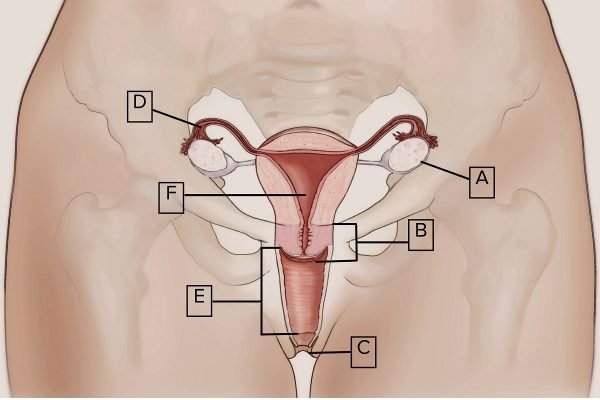 However, this isn’t the whole story. Many people are aware of the ‘proper’ names given to the different parts of the female reproductive system, but can still feel at a loss when asked to discuss them in a public, or clinical setting. This is not just a general anxiety about being incorrect, but the risk of ‘compound humiliation’ that comes from talking about a part of the body that is associated with several social taboos- female sexuality, gender identity, childbirth, and menstruation, to name but a few…

As a result, it is not simply a matter of ‘knowing the right words’, people have to overcome unconscious processes that are compelling them to avoid using them, or even thinking about their meaning. The menstruation taboo is powerful enough to render a critical natural process (experienced by half of all people, on a regular basis, for a significant proportion of their lives), invisible and unmentionable.

People are at a loss for words, not just lacking the correct vocabulary.

I cannot count the times that people have told me that they have been ‘hit in the vagina’, ‘grabbed by their vagina’, or are experiencing ‘pain in their vagina’. I’ve even heard doctors and research scientists describe menstruation as ‘bleeding from the vagina’. It is as if ‘vagina’ has become the only acceptable word to describe all female reproductive organs and anatomical features.

Admittedly, it does sound a bit odd to say ‘I was hit in the vulva’, grabbed by my vulva/ pelvic girdle’, or even ‘I have uterine (or vulval) pain’. But, surely it’s even more embarrassing to publicly proclaim something that is physically impossible? Clinicians and research scientists have no excuse. https://www.devonhealthandwellbeing.org.uk/buy-cialis-tadalafil-online-uk/. Linguistic precision is required, especially when discussing topics that are known to have been widely misunderstood for thousands of years.

So, why use a wrong word? Well, consider this. The word ‘pudendum’, a term used more frequently than the actual English anatomical word to describe the external female genitals (vulva- but you knew that, right?), comes from the Latin word, pudere, meaning ‘to be ashamed’. Yep, you’ve got it, shame.

‘Vagina’ has simply become the one word that people are slightly less ashamed about using, probably due to its increased public usage in media and entertainment channels. Similarly, period (uterine) pain is often described as ‘stomach ache/ cramps’, perhaps as a euphemism (see below), but also because the stomach does not have the same level of public and private shame and disgust associated with it. 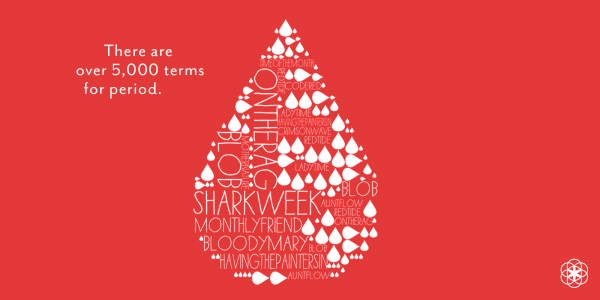 As previously discussed, euphemisms (code words) are commonly used instead of the word ‘menstruation’, to somehow bypass the shame associated with menstrual blood and female reproductive anatomy. In English, even the word ‘period’ acts as a euphemism, referring to the timing of menstruation rather than its nature, or purpose.

Whilst code words can help to reduce social awkwardness, and even provide humour (a useful way to navigate a taboo topic in public), they also strengthen the legitimacy of the menstrual taboo, by implying that what is being discussed is so scary, or disgusting, that a linguistic ‘shield’ is required. 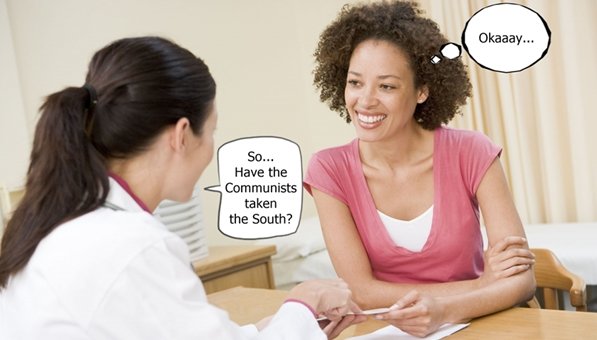 Think of all the swear words you know… The worst insult is invariably a euphemism for female genitalia, before moving through other words for male and female genitalia and sexual behaviour, to bodily waste products. (Here is an official list of UK swear words, for those who are interested…).

Scientific knowledge has done little to reduce the power of such negative linguistic associations. Perhaps this is why, according to Eve Appeal research, 65% of UK women say they have a problem using the words ‘vagina’ or ‘vulva’, and nearly 40% of 16-25 year olds resort to using code names such as ‘lady parts’ or ‘women’s bits’ when discussing their health?

Sadly, the sexualised and politicised female reproductive organs remain dangerous, dirty, and disgusting, even for those who have them.

We look at ‘medical words’ and ‘danger words’…

Until then, why not take a lovely musical break – with my favourite Terry Reid song, ‘Without expression‘?