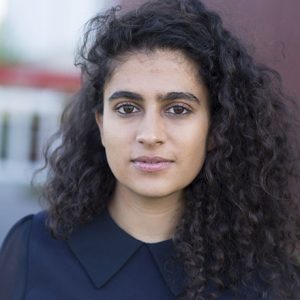 On the morning of the 2015 London Marathon, Kiran Gandi’s period started. She had spent a year in training for the race, planning her schedule around her period to avoid the discomfort many female runners experience when running with pads or tampons [Note from Ed.- try a menstrual cup!].

According to Gandi, the decision to run 26 miles without a pad or tampon was an ‘obvious’ one, simply wanting to run the race in the most comfortable way possible. However, the extensive media coverage of her choice to bleed freely, earned her the somewhat dubious title of the ‘Menstrual Marathoner’.

At the time, Gandi’s decision was met with controversy and shaming; her actions were described by many as ‘unhygienic’, ‘gross’, and ‘disgusting’. Gandi recently responded to this negative reaction in an interview on Radio Canada, where she addresses the ever-present threat of menstrual shaming faced by women all over the world.

Kiran speaks about how popular notions of the female body and menstruation exist in ideological opposition: the female body is sexualized and public-property, whereas menstruation is stigmatized and hidden. Girls, therefore, continue to be taught from a young age to conceal all aspects of menstruation, or to otherwise risk humiliation. 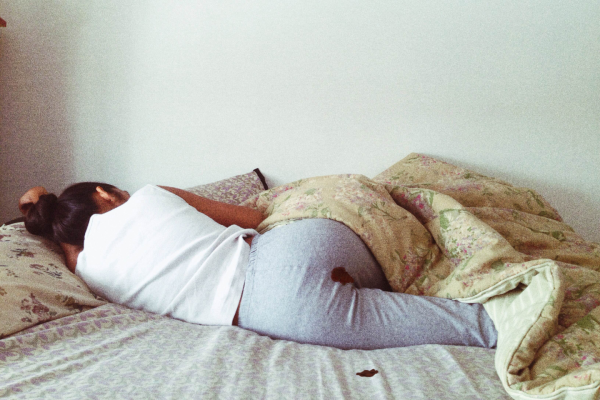 Period 12- by Rupi Kaur. This photo was banned from Instagram.

Well, historically, women’s bodies have been categorised as unclean, with menstruation often portrayed as a ‘polluting’ element within the female body. Yet, expectations are placed upon women to meet societal standards of what is considered ‘feminine’, including aspects of ‘cleanliness’, which contrast with the natural and normal process of menstruation.

So, women are expected to police their own bodies by keeping menstruation undetected from others[1] . Those who break this ‘enforced silence’ by revealing their menstrual status (such as through blood stains, or even dropping a clean tampon in public) run the risk of tainting an idealized femininity, characterized by cleanliness and hygiene[2]. 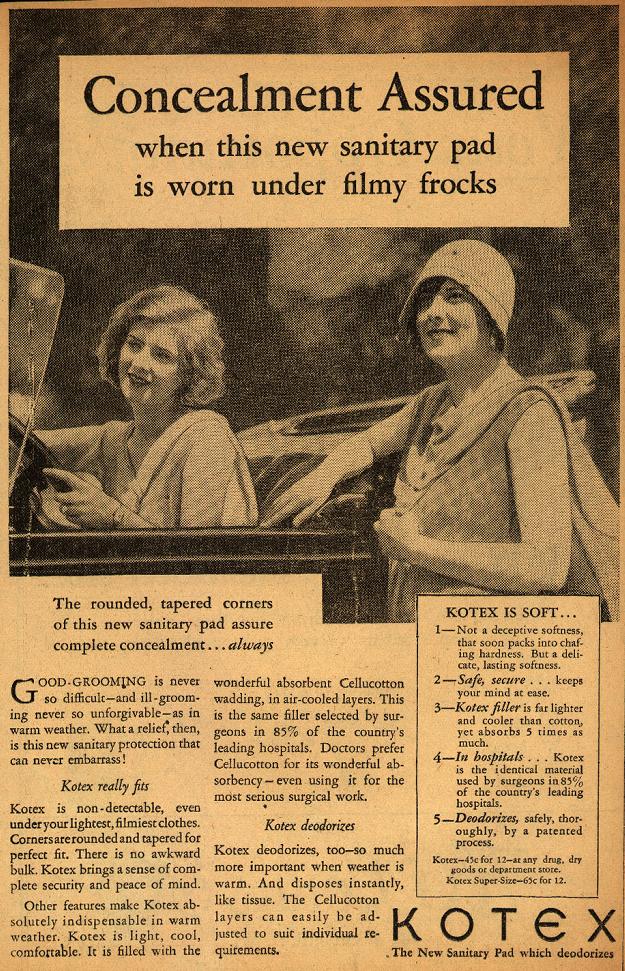 Even in 2016, in supposedly enlightened societies, menstruation is viewed “not only with shame and embarrassment but with disgust and the powers of contaminating”[3] – depicting the female body as uncontrollable and impossible to ‘be contained'[4]. Perhaps for marathon runners where bodily discipline is critical, a menstruating body that is ‘free’, or ‘un-contained’ is particularly difficult to accept?

Hygiene has become yet another culturally constructed instrument to control ‘female behaviour’ and further adds to the surveillance of women’s bodies. The international attention paid to Kiran Gandi speaks volumes about the menstrual taboo that is still deeply embedded within our society. 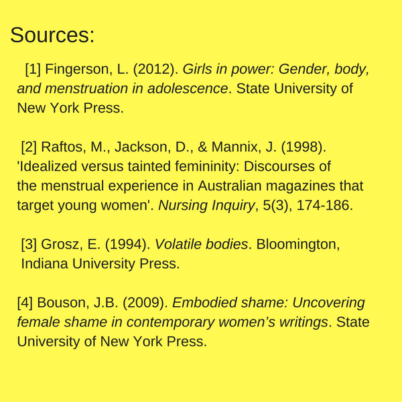 Amanda Jenkins is a PhD Candidate in the Applied Social Psychology program at the University of Guelph, Canada. Her passion and interest in women’s reproductive health led to her undergraduate thesis on the topic of menstruation and the meanings women associate with menstrual product commercials. Her MA thesis further explored menstruation from a historical and psychological perspective by examining the perseverance of menstrual invalidism from 19th Century America to modern day. Her current research explores Canadian women’s use and practices of vaginal hygiene products and the broader marketing of these products to women from a feminist perspective. By choosing to focus on women’s health, she not only follows her passion, but is in a unique position to participate in research that directly affects women’s lives.