In December 2018, there was a twitter storm after a menstrual health activist referred to people who menstruate as ‘bleeders’ in a lighthearted tweet raising awareness of period poverty.

Some people felt that the tweet was offensive to ‘women’ . They accused the activist of purposefully using an insulting term to describe ‘women’ (Note- ‘bleeders’ is a humorous pun in UK English, since it can refer to people who bleed as well as being a mildly rude expression – the sort of thing that it’s fine to say in most contexts unless there’s a particularly sensitive elderly relative present). They also claimed that the tweet was part of an apparent cultural trend that denies public visibility, and the rights, of ‘cisgender women’ as a group (meaning people who are born female, or intersex with feminine genital characteristics, and identify as women) [1].

While I do not usually bother too much with what happens on Twitter, I think this controversy provides a useful lesson in (menstrual) maths, and the importance of being precise in the language we use to communicate with others, especially if we are big fans of human rights/ gender equality.

So, here are our top 10 reasons for saying ‘people who menstruate’ instead of just ‘women’ when discussing menstrual health!

1. Only half the female population is of reproductive age

Yeah, you read that right. In the UK, only 52% of female humans are of reproductive age (12-52 years old) [2]. So, only about ‘half’ rather than ‘all’ female people are able to menstruate in real time… 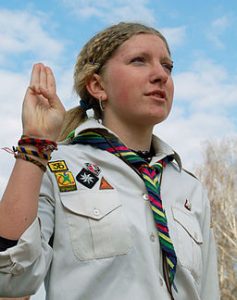 2. A significant part of the female reproductive population are not ‘women’…

…They are girls. That’s right, a lot of humans who menstruate are children. In the UK, approx. 7.33% of the female human population are girls of reproductive age (12-17) [3]. Which works out at about 7 girls to every 43 women of reproductive age [4]. I think they deserve to be included.

3. A significant part of the female reproductive population use hormonal medications/ devices that prevent menstruation

14% of women and girls of reproductive age used long-acting reversible contraception (LARC) methods in 2006-2007 [5]. This includes injections, implants, intrauterine devices (IUDs) and the hormonal intrauterine system (IUS). While IUDs tend to increase menstrual fluid loss, the other methods (especially IUS) typically reduce, if not completely stop menstruation over time, in most cases [6]. Bearing in mind that the IUS has become far more popular over the past decade [7], I think it is reasonable to conclude that a fairly significant proportion of women and girls of reproductive age do not actually menstruate, for this reason.

Healthy nutrition pyramid- too few or too many calories can affect menstrual health. Source: Wikimedia; Spmallare

4. A fairly significant part of the female reproductive population does not menstruate for health or exercise reasons

5. A small part of the female reproductive population is pregnant or breastfeeding and so, are not menstruating

Based on the number of live births in 2016 (701,348), approx. 4% of women and girls of reproductive age are pregnant or breastfeeding in any year [12]. This means that they are not likely to be menstruating. Scary health fact- the UK has the lowest rate of breastfeeding in the WORLD [13]!

6. A small part of the female reproductive population has experienced early menopause and so, are not menstruating

According to the Hysterectomy Association, approx. 55,000 hysterectomies are performed in the UK each year [14]. While some of these operations will be carried out on people who are no longer of reproductive age, the most common age group for hysterectomies is 40-50 years old [15] and so would prevent menstruation in the majority of such cases. Approx. 1% of female humans also experience early menopause due to illness, or an inherited condition [16]. This works out at about 172, 944 women of reproductive age who do not menstruate for this reason. 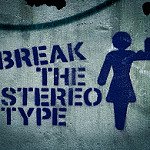 7. A small part of the female reproductive population cannot menstruate

It is important not to forget/ ignore/ dismiss the experiences of intersex people, or those who may have congenital conditions that result in a lack of menstruation (but identify, and are identified by others, as female rather than intersex e.g. Turner Syndrome). According to the Office of the United Nations High Commissioner of Human Rights, approx. 1.7% of all humans have intersex traits [17]. Some intersex and/ or female individuals, therefore, are unable to menstruate.

8. A small part of this population do not identify as ‘women’ or ‘girls’

Some intersex, or female (non-binary or transgender) people can menstruate but do not necessarily identify as ‘women’ or ‘girls’. So, some people who menstruate identify, and are identified by others, as (transgender) ‘men’ or ‘non-binary’ human beings. Their existence does not ‘erase’ or even negatively affect the category of cisgender women, they simply belong to alternative gender categories.

Similarly, transgender women are unable to menstruate but still identify, and are identified by others, as ‘women’. [Note- Some cisgender people may feel scared of transgender or non-binary people, but it’s worth remembering that somebody’s gender does not have any effect on whether or not they are a good or bad person. Violence is not caused by a person’s gender, genes, genitals, or even hormones, but by the decisions made by, and various different circumstances surrounding, the individuals involved [18].]

9. Because generalisations about an entire gender are impossible (and usually dodgy)

As mentioned in a previous blog, it is never a good sign when people start claiming that up to half of the global population is somehow intrinsically ‘the same’. While there are a few biological identifiers of male, intersex and female humans (in relation to one chromosomal pairing out of the usual 23 pairs, different reproductive organs (on a spectrum from very inny to very outy – including combinations), and levels of certain hormones (that each vary significantly throughout the life course in all humans)), the vast majority of stereotypical sex differences are statistical (averages), rather than biological [19]. For example, height, strength, cognitive traits, or personality traits all vary far more within male or female populations than between them. I am taller than the vast majority of the human population but this does not make me any less female, or any more male.

Humans vary a lot, both in terms of the physical traits listed above, but also in terms of their experiences. Just because I am a cisgender woman does not mean that I have much in common with the average cisgender woman (whoever she is?). We will have a different mix of genes, physical characteristics, cultural knowledge, humour, musical taste, life experiences, self-esteem, diet, interests, abilities, and financial resources (the list could go on and on). How useful can it ever be to make generalisations about an incredibly diverse and large population based solely on one attribute?

10. Because we believe in equal human rights, for all humans (plus it’s just too wordy, otherwise!)

I agree that the problem of gender inequality negatively affects many, if not most, cisgender women, and in ways that can be generalised to an extent, but this does not get around the issue that people experience gender inequality to significantly different levels depending on their individual circumstances. It is impossible (and unhelpful) to generalise about the experiences of several billion people. Similarly, transgender or non-binary people are also subject to gender-based discrimination and abuse, and even cisgender men are subject to discrimination based on other attributes (e.g. race, religion, sexuality or class etc.). Bearing in mind that throughout history, stereotyping has been used as a means of defining a population group as somehow ‘inferior’ or ‘other’ to the group with more power, it is a method of description generally best avoided.

In regard to menstrual health activism in particular, most myths that help to perpetuate gender inequalities typically imply that ‘all women’ are the same. For example, the myth of the ‘clockwork’ 28 day cycle, the cycle synchronisation myths, the menstruation is an illness/ disability myth, or the idea that ‘all women’ are somehow irrational due to their reproductive system. I honestly believe that the only way to address human rights inequalities is by embracing our many differences and using language that is as precise and accurate as possible.

To conclude, fewer than half of ‘(cisgender) women’ actually menstruate. Menstrual health is, therefore, not something that can be directly associated with ‘cisgender women’ as a group.

So, we effectively only have two options;

a) Women and girls (and intersex and non-binary people with female reproductive systems) and transgender men of reproductive age, who are not on hormonal medications, or devices, and are not pregnant or breastfeeding, and do not have an illness or congenital condition that prevents menstruation, and have not experienced early menopause through surgical or natural means.

b) People who menstruate.

In my opinion, the ‘bleeders’ joke was actually more accurate and human rights-based than the subsequent trolling that directly equated menstruation with ‘all cisgender women’. I fear it was transphobia and not the fight for gender equality that fuelled this online bullying, which sadly, and ironically, resulted in the silencing of a (cisgender) woman who was actually helping to improve the lives and menstrual health of others (who were also mainly, if not all, cisgender women).

[2] The figure is 51.98% based on the statistics from the UK Office for National Statiostics mid-2016 population dataset- https://www.ons.gov.uk/peoplepopulationandcommunity/populationandmigration/populationestimates/datasets/populationestimatesanalysistool [3] Same source as [2] above. (Calculated by age group) [4] Same source as [2] above. (Calculated as a proportion of females of reproductive age, only) [5] Based on contraceptive usage statistics sourced by the Family Planning Association https://www.fpa.org.uk/factsheets/contraception-patterns-use#Nd61 [6] NHS (2018) ‘Methods of contraception- Intrauterine System- IUS’ https://www.nhs.uk/conditions/contraception/ius-intrauterine-system/ accessed 02/04/2019 [7] I couldn’t find any statistical data on this, but I know from speaking to patients and family planning experts that more people are choosing, and being recommended options such as the IUS- for example, there are now 4 different types available in the UK, whereas in 2007 there was only one option. [8] As stated in the NICE guidelines on eating disorders, which referenced: American Psychiatric Association (Eds.) (2013) Diagnostic and statistical manual of mental disorders: DSM-5. Washington, DC: American Psychiatric Association https://cks.nice.org.uk/eating-disorders#!backgroundSub:2 [9] By calculating 0.04% of the female reproductive population in the UK- same source as [2] above. [10] NHS (2019) ‘Polycystic Ovarian Syndrome- Overview’ https://www.nhs.uk/conditions/polycystic-ovary-syndrome-pcos/ accessed 02/04/2019. [11] By calculating 20% (1 in 5) of the female reproductive population in the UK- same source as [2] above. [12] Same source as [2] above. [13] See this article for further information on why the UK is so bad at breastfeeding- https://www.bbc.co.uk/news/health-35438049 [14] Based on the statistics sourced by the (UK) Hysterectomy Association https://www.hysterectomy-association.org.uk/hysterectomy-statistics/ [15] NHS (2019) ‘Hysterectomy- Overview’ https://www.nhs.uk/conditions/hysterectomy/ accessed 02/04/2019 [16] NHS (2018) ‘Menopause- overview’ https://www.nhs.uk/conditions/menopause/ accessed 02/04/2019 [17] UN (2017) Intersex fact sheet- UN Free and Equal https://www.unfe.orghttps://menstrual-matters.com/wp-content/uploads/2017/05/UNFE-Intersex.pdf accessed 02/04/2019 [18] A useful definition of violence is that used by the American Psychiatric Association- (https://www.apa.org/topics/violence/)

Violence is an extreme form of aggression, such as assault, rape or murder. Violence has many causes, including frustration, exposure to violent media, violence in the home or neighbourhood and a tendency to see other people’s actions as hostile even when they’re not. Certain situations also increase the risk of aggression, such as drinking, insults and other provocations and environmental factors like heat and overcrowding.  Adapted from the Encyclopedia of Psychology

[19] Stereotypes matter- people behave differently when they are reminded of a stereotype that they feel obliged to conform to or diverge from, see this interesting introduction for more info- https://genderedinnovations.stanford.edu/terms/stereotypes.html
Categories: Language taboos, No shame and sameness v difference.

We use cookies to ensure that we give you the best experience on our website. If you continue to use this site we will assume that you are happy with this.OkPrivacy policy