An angry bird is not necessarily an illogical bird…

This post addresses the common misconception that some, if not all, women* tend to become ‘irrational’, especially just before their period. Where has this idea come from? Is it just a kind of ‘malapropism’ (the accidental use of an incorrect, but similar sounding, word), or is there something more sinister going on?

[*I am using the term ‘women’ consciously here- since this seems to be a gender-specific myth i.e. aimed at undermining cis and trans women, but not cis or transgender men (regardless of their reproductive status).]

Irrational: Not logical or without reason.

Irritable: Having, or showing, a tendency to be easily annoyed.

So, first things first. Does anyone, at all, ever become irrational due to their hormonal cycle, or medication, alone? Well, no. Not even those affected by PMDD (Premenstrual Dysphoric Disorder). It doesn’t even make the long list of symptoms required for a diagnosis of either PMS, or PMDD (see table below).

[Note: People affected by various psychological disorders may find that their symptoms, including irrational thoughts and behaviours, worsen at certain points in their menstrual cycle, or in response to contraceptive medication. But, this is a ‘worsening affect’ rather than the cause of their disorder, and only affects a very tiny proportion of people who menstruate, or take medications.]

However, some people may experience cycle-related symptoms, such as irritability, anxiety/ tension, low mood/ low self-esteem, and tearfulness. So, perhaps it is this combination of emotional changes, which, when merged with the word (and behaviour demonstrated by) ‘irritability’, somehow result in a linguistic (and symbolic) shorthand?

But can such a powerful cultural ideology really be caused by linguistic confusion, alone?  It seems unlikely.

The fact that some people self-identify as ‘irrational’ just before their period means that they must be experiencing a change in mood, or emotion, that they classify as irrational, even though this is not technically the case. This is probably tied up with beliefs about ‘what a woman is’, or ‘ought to be’, otherwise known as our society’s model of ‘femininity’.

For example, in the UK, we are still not that comfortable about a woman expressing anger. The aggressive nature of anger is still much more aligned with (old fashioned) ideas about masculinity, despite it being a very human (and rational!) emotion. So, when a woman snaps, shouts, physically lashes out, or domineers, it can be seen as being ‘unladylike’, aka ‘unattractive’, aka ‘not allowed for women’. 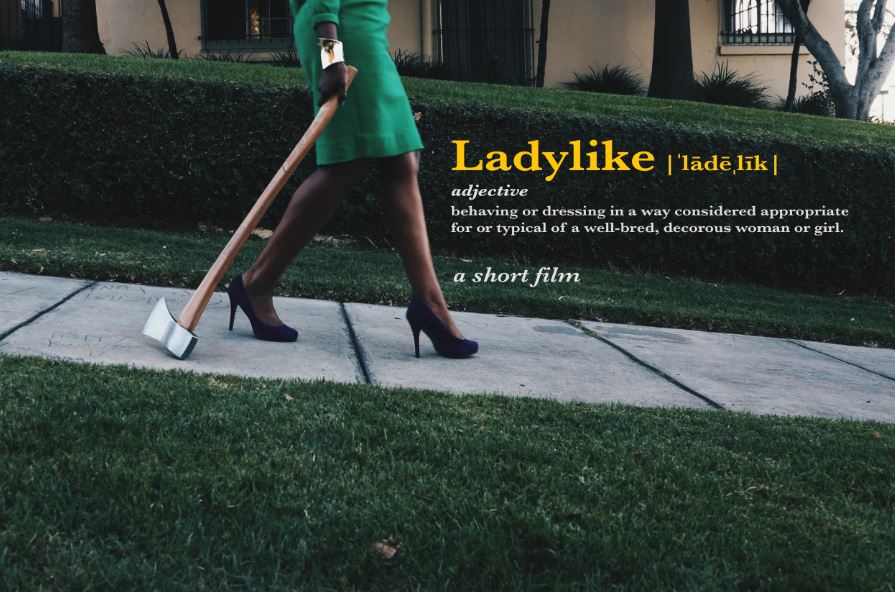 This could mean that irritability, which is basically a tendency towards anger, when experienced by women as part of their hormonal cycle, or as a side effect from medication, may seem unusual, or ‘out of character’. It is then no great leap of imagination to think that the anger itself, is irrational. However, as we know from the above definitions, anger would only count as being irrational, if it occurred without logical, or reasonable, cause.

I have spoken to many people about the causes of their self-proclaimed ‘irrational’ anger, or tearfulness, and there is ALWAYS a rational explanation. It is simply that, during the rest of her cycle, or before starting hormonal medication, she would not react to the same extent. This reduction in emotional control can be a bit scary, but there is no point trying to deny the cause of an emotional response. As Carl Jung said, “Everything that irritates us about others can lead us to an understanding of ourselves”.

Watch the advert below and see how you feel…

Irritated? Probably. This advert was voted as one of the most annoying adverts of all time. On some days, the level of irritation that you experience may vary, but your irritated response is still not irrational.

Next week I will look deeper into the history of the idea of ‘women as irrational’, to expose its role in the subordination of women. But for now, take note of what is making you feel sad, happy, angry, content, or nothing at all, because you might just need to act on what your feelings (or lack of them) reveal about what’s happening in your life…