Mood and the menstrual cycle; a missing link in understanding depression and anxiety

2018 UPDATE: Since I first wrote this blog, further research has refined my position on this topic. It’s worth noting that the menstrual cycle is more of a ‘trigger’ of symptoms, rather than the direct cause. For example, research suggests that it is not the level of sex hormones that influences an individual’s health, but it could be related to the physiological changes involved in the menstrual cycle e.g. water retention, blood sugar changes, blood pressure changes, and reactions to pain and inflammation. This is why most people who menstruate do not experience significant symptoms, or mood changes. However, I still believe that further research on the menstrual cycle could be invaluable in learning more about such physiological ‘triggers’ of mental health disorders.

However, the potential relationship between what happens during the menstrual cycle and anxiety and depression, has largely been ignored by medicine. This blog post highlights why we ought to pay more attention to the role of the menstrual cycle in the study, diagnosis, and treatment of anxiety and depression, for the benefit of all people suffering from these issues.

1. The crossover of menstrual cycle-related symptoms with those of anxiety and depression 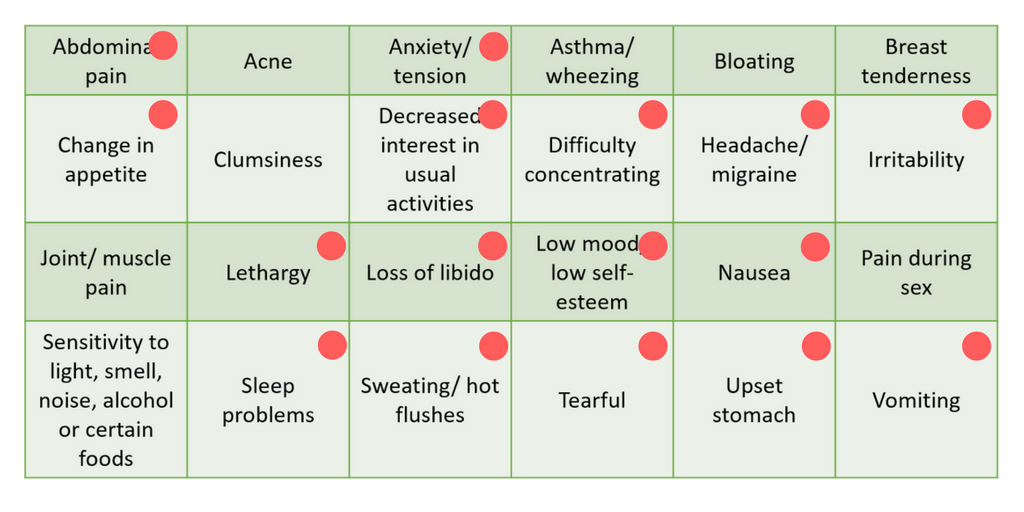 The majority of the most commonly experienced menstrual cycle-related symptoms are also those associated with depression and anxiety (see table above). This suggests that they may share a common underlying cause, perhaps indirectly relating to changes in ‘female’ sex hormone levels (oestrogen and/ or progesterone).

In fact, it is known that if a cyclical pattern in an individual’s symptoms of anxiety and/ or depression is identified (by tracking symptoms over time), then suppressing ovulation (i.e. using hormonal medications or devices) can be a more effective course of treatment than antidepressants, or anti-anxiety medication [1].

2. The prevalence of anxiety and depression in the general population 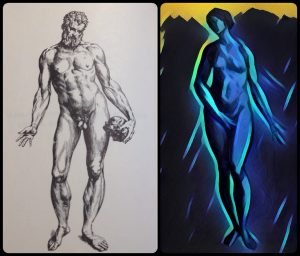 The authors suggest that some of these sex differences can be explained by social and environmental factors, but there might also be physiological factors at work.

3. The timing of mental health issues 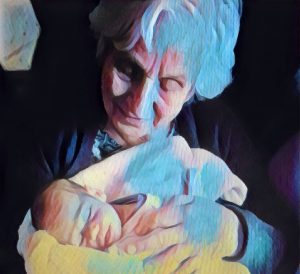 These patterns suggest a relationship between fluctuating levels of ‘female’ sex hormones and the symptoms of anxiety and depression (among others). This helps to explain why improved overall hormone balance (through diet, or hormonal therapy) can significantly alleviate these symptoms. 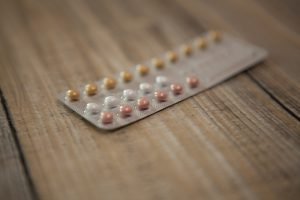 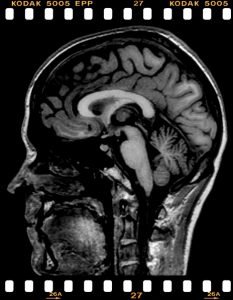 So, there is quite possibly a relationship between the menstrual cycle and the symptoms of depression and anxiety.

Considering all that we have learnt above, the menstrual cycle, rather than being a taboo subject, should be seen as offering a plentiful and regular opportunity for researchers to further investigate the underlying causes of anxiety and depression.

If so, treatment options can include dietary changes, and/ or hormonal therapy, rather than the more usual prescription of antidepressant, or anti-anxiety, medication, which may be less effective and more likely to result in unwanted side-effects [1]. 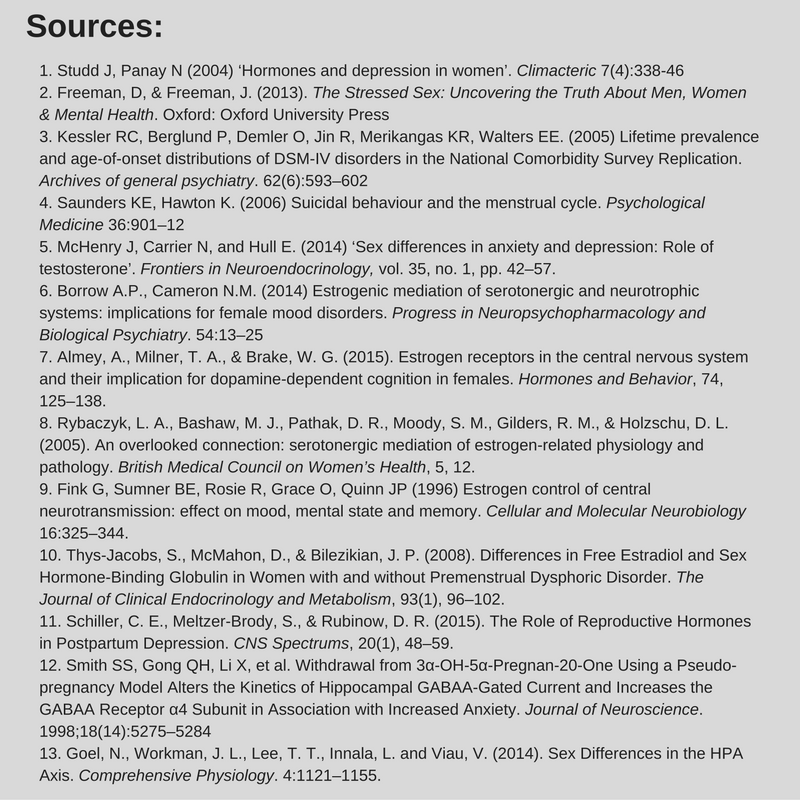