Since at least the times of ancient Greece, the male body has been seen as being the default and strongest version of the human form, and the female body as somehow ‘lacking’ full, or at least, optimal, human status. This assumption has long sustained a ‘biological’ argument for the natural superiority of men – an argument that has been used to justify the political oppression of women throughout recorded history. 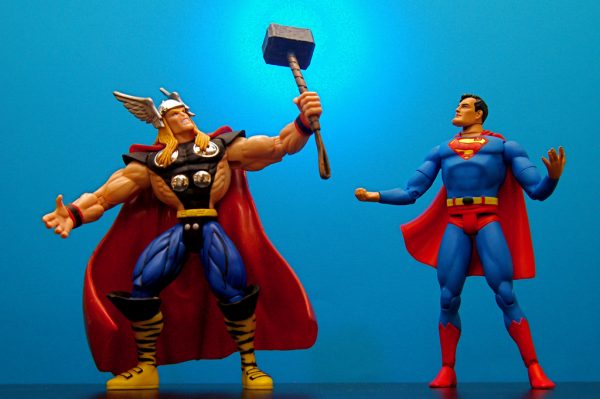 One ‘tool’ of this oppression has been the assertion that (cis) women are biologically ‘irrational’, and so cannot be trusted to make decisions, hold power, or even to know ‘what’s best’ for themselves. In his book, ‘Women in the Ancient World’, James Thompson (2010) explains how pre-scientific notions about the causes of (mental and physical) illness validated a societal desire to control female sexuality (and status) in Ancient Greece:

“The time in a young woman’s life between puberty and loss of virginity was thought to be particularly dangerous… Sexual intercourse would open the entrance to the womb, allowing blood to flow out so it could not back up into the lungs and heart where it would cause licentiousness [a lacking of legal or moral restraint] and dangerous hallucinations… The womb, as if it had a life of its own… could wander around inside a woman’s body causing her all manner of ill health.  Since sexual intercourse was the only cure, early marriage was thought to be essential to a girl’s health.” 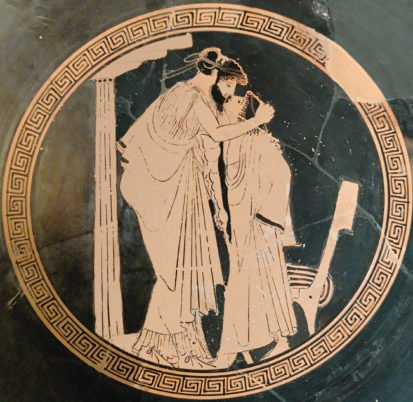 My Big Fat Ancient Greek Wedding- Fathers would arrange the marriage of daughters, aged between 12 and 15 years old, to men up to twice their age.

Sadly, some of the preoccupations of ancient Greece are still evident today, despite advances in scientific knowledge. The ‘rationale’ behind Female Genital Mutilation (FGM), child marriage, so-called ‘honour killings’, and many more oppressive and damaging practices stem from this perceived need to control female sexuality. 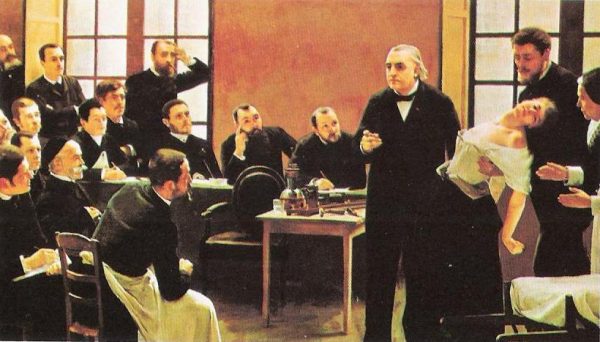 Professor Jean-Martin Charcot demonstrates hypnosis on a “hysterical” patient. A group of high status men staring at an unconscious, scantily clad woman… Nothing dodgy, here, then.

This ‘wandering womb’ idea is also the source of the term ‘hysteria’, which is derived from the Greek word for uterus (hystera). Previously used to describe a range of symptoms (e.g. palpitations, fainting, shock, restless anxiety) affecting both sexes, between 1820 and 1910 ‘hysteria’ became almost exclusively associated with (middle class to upper middle class) females.

In his popular 1855 book, ‘The Diseases of Woman, Their Causes and Cure Familiarly Explained’, Frederick Hollick M.D. describes the kind of female ‘prone’ to hysteria:

“Women disposed to hysteria are generally capricious in their character, and often whimsical in their conduct. Some are exceedingly excitable and impatient, others obstinate, or frivolous, the slightest thing may make them laugh, or cry, and exhibit traits which ordinarily they are not supposed to possess.”

Funnily enough, during this same period of history, women were organising to protest about their lack of political power. Since the 1840’s, the women’s suffrage movement was making great gains in both Europe and the USA. So, just as governments were being put under pressure to allow women to have the vote, ‘female hysteria’ became defined as a medical condition. Its association with ‘irrational thoughts and behaviour’ could be seen as an attempt to undermine the angry, impatient, obstinate, and excitable voices of women calling for political equality. 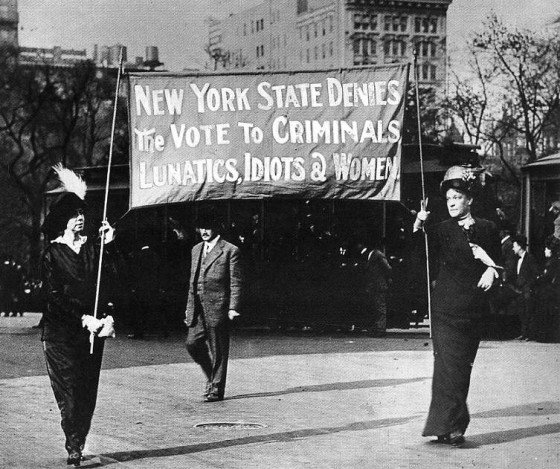 In 1931, the American physician Dr Robert Frank published a formal medical description of premenstrual syndrome (PMS), describing multiple and wide ranging behavioural, psychological, and physical symptoms, much like those attributed to ‘hysteria’ in previous years.

At this time, some women had finally secured the vote (e.g. 1920 in the US, 1928 in the UK), but the US, followed by most of the rest of the world, was experiencing the worst ever global economic catastrophe, known as the Great Depression. Frank’s article discusses PMS specifically in relation to women’s capacity to work, at a time when they were being encouraged, if not forced, to give up paid employment in favour of men.

Emily Martin, in her book, ‘The woman in the body’ (1989) also points to numerous studies that were published in the inter-war years, showing the ‘debilitating’ effect of menstruation on work. But during the Second World War, a number of studies then found that PMS wasn’t a liability after all, at a time when women were needed to ‘man’ the war effort at home. Somewhat predictably, in the post-war years, as women were once again being asked to leave paid employment, research found that ‘women were indeed disabled by their hormones’. 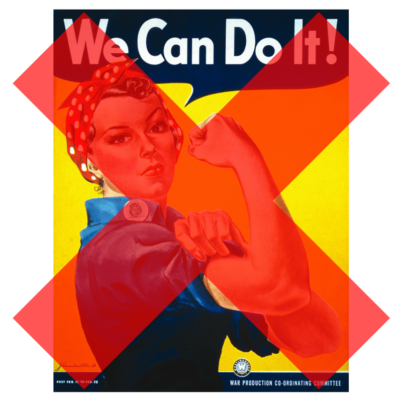 So, it seems as though popular notions of ‘female irrationality’, medical definitions of female-prevalent health conditions, and their contemporary social and political contexts, are inextricably linked. This has serious implications for the diagnosis and treatment of menstrual cycle-related symptoms, and chronic health conditions that disproportionately affect (cis) women.

Rather than addressing a potential cause of (or, at least, contributing factor in) these issues, i.e. changes within hormonal systems, we can all too easily dismiss symptoms as somehow unreal, irrational, or as expressions of a ‘mental health’ problem, to be treated as such, regardless of any of the other physiological or social factors involved.